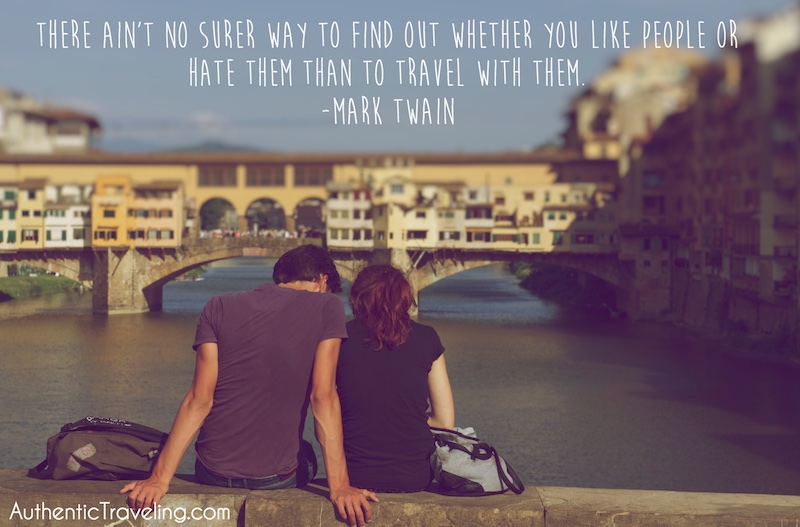 This week's travel quote comes from Mark Twain, the noted nineteenth-century American writer and humorist. He is best known for his novel Adventures of Huckleberry Finn, which is often described as "The Great American Novel".

Twain was born Samuel Clemens in Missouri in 1835. When he was 18, he left for the east coast to work as a printer before turning to the midwest to work on a steamboat. Throughout the 1860s he traveled around the American West, writing and publishing a series of short stories which quickly turned him into a household name. In 1867 Twain boarded a retired Civil War ship and took a tour of Europe and the Holy Land. The people and places he encountered inspire a series of travel-related book for Twain, including his 1894 novel Tom Sawyer Abroad.

This week's travel quote—"There ain't no surer way to find out whether you like people or hate them than to travel with them"—comes from Tom Sawyer Abroad. While in the book the words come from the mouth of Huck Finn, they are in fact Twain's personal opinion based on his many travels.

I share Twain's opinion that traveling with someone is the easiest way to figure out if you get along with someone. Not only will do spend a lot of time with them (learning all their eccentricities and quirks), but you have to cooperate, compromise, and problem solve. While traveling, the highs and lows are magnified, as are personal strengths and weaknesses.

I've found that if I can travel well with someone—that is, if we can successfully navigate the troubles we find on the road—then our relationship (whether romantic or otherwise), will be able to survive all sorts of difficult situations. In fact, I would recommend that anyone strongly considering marriage should first travel with their partner somewhere where things won't be so easy (i.e., don't just head to the beach or Disneyland, as it's easy to get along with someone when the weather is nice and the margaritas are cold) to ensure compatibility. After all, if you can't handle a missed train or a bad case of jet lag together, how can you handle dealing with a serious illness or raising a child?