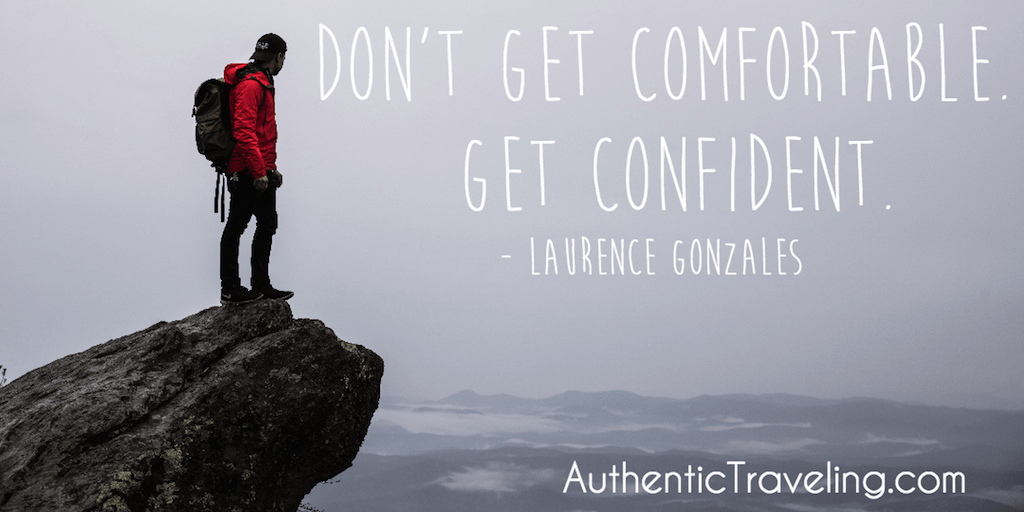 Laurence Gonzales is an an American writer, journalist, and survival skills expert. He is perhaps best known for writing the best selling book Deep Survival: Who Lives, Who Dies, and Why.

Gonzales was born in St. Louis, Missouri but moved around the United States as a child. At the age of 17 he left home to join a traveling caravan of musicians—an early indication of his interest in adventure.

Gonzales went to school for journalism, and in 1972 he landed a gig at Playboy Magazine. While there, he began writing about the how and why of plane crashes. This eventually morphed into a decades-long study of human decision making in stressful situations—a topic he wrote about for National Geographic Adventure, Rolling Stone, Harper’s, and Men’s Journal among others.

In 2004 Gonzales published Deep Survival, an in-depth examination into the art and science of staying alive. In this book he recounts asking his father—who flew bombing runs during World War II—how he managed to get comfortable with such risky missions. His response is this week’s travel quote: “Don’t get comfortable. Get confident.”

While chances are slim that you’ll ever face anything even remotely as dangerous as a bombing mission while traveling, I believe Gonzales’ father’s words can teach you something incredible important: comfort is the enemy of personal growth, especially on the road.

I believe that the type of travel experiences that make you a strong person only happen if you’re willing to endure some sort of mental or physical discomfort. Whether you’re facing your fear of the unknown in a faraway land or pushing your body’s limits to hike a high-altitude mountain, pain and distress are part of the story.

Personal growth comes from doing things that are hard. And once you succeed, you get confident. True, earned confidence.

Growing up I had a lot of people tell me I was special—that I was destined for big things (I'm sure I'm not the only person in my generation with this story). I’m grateful for having had such loving people in my life. But when, at age 24—after 7 years of undergrad and grad school—I found myself without a job and unsure about my future, it didn’t do anything to help me.

No, it was only through trying—and often failing miserably—to do hard shit that I began to feel confident. I went through some really rough times and made a ton of mistakes but for the first time in my life, I could define myself positively based on concrete results. I could say without wincing that I was someone who was willing to try difficult things in spite of the possibility of failure.

This philosophy has carried over into the way I travel. I now define myself in part by the activities I do. By the places I'm willing to go, and the activities I'm willing to try. There are many people out there who have accomplished more than I have at my age—my Grandma survived the depression, fought in a war, and had two kids by age 25—and I don't pretend to be any sort of life-style guru. But I do believe that if I—with all my faults—can do this, anyone can.

So if you’re interested in becoming a stronger human being—in becoming more than what you are now—I ask you this simple question: what are you doing to make yourself uncomfortable? If the answer's nothing, as it was for me in the past, let's change that.